Something that some WordPress themes include on the blog page is a note of the number of comments each blog has received. And if there are no comments it will say that “No Comments” which you might prefer to change to something more inviting.

To do this you need to delve in the code just a little (or get your blogmistress to do it for you – it’s generally a quick job).

Something that I’ve realised, very quickly, now that I’m getting out and about more with this offline networking business, is that there are a lot of people who would like to just dip their toe in the water to see if blogging is for them – from a business strategy point of view as well as whether they can actually write in a style that will be read. One excellent initiative in March was the Be My Guest month organised by Emily Cagle and Adam Vincenzini. This, together with people recently met, has inspired this idea for those of you unfamilar with blogging – working with you if you want to explore this blogging lark…

As well as the Blogmistress, I manage a number of other blog sites – including Kent View – for general Kentish posts, and the new Kent Business Buzz – a blogging site along the lines of the popular Birds on the Blog and Blokes on the Blog (the latter I now edit, so another potential avenue – guest posts welcome for both Birds and the Blokes).

Many people have a vague idea about blogging, and some of you can see that this could be a great way to add good content to your website, but you don’t really know where to start or whether it will be good for you. So, just for you, now you can try it out…

If you fancy a go at a blog post, let me know by email to hello@blogmistress.com or by commenting below. Your blog post only needs to be between 250 and 500 words – and you can include an image if appropriate (or I’ll find one for you). I’d then suggest anything more to consider, optimise it so that Google likes it more, and then schedule to post your blog on a relevant site. Very simple – and even if you’re not sure what to blog about – I can offer some suggestions for that too…

So – form an orderly queue and let’s see what blogging can do for you!

A tweet today asking about the correct use of “myriad” then had me thinking that perhaps I should use “many” instead – considering that web copy really should be in its simplest form. But then I was reminded by @anthonymadigan that if using “myriad” is the real me, then I should use it.  And so it is with blog posts, not only are we allowed to use our own voice more, we should use it. Blog posting is often more about the conversation.

I do find that the more personal ramblings contributed to the Birds on the Blog are more widely read and better received than those that are factual in style.  And I think this is the way with writing for blogs. Here at the Blogmistress, I see the stats for Joe’s and Sarah’s posts are often higher than for my more factual writings – so I certainly need to relax some.

We can also get away with using  “I”, “me” and “my” a lot more – something that is strongly discouraged within website pages – those should be all about the customer and I’ve long suggested FutureNow’s Customer Focus calculator – always worth checking your web pages on their WeWe Monitor.

What kind of blog posts do you like reading? Those where the focus is on you, or perhaps more of a chatty style that allows the writer to be more personal? We’d love to know your thoughts and preferences…

Only last month I came across Chris Garrett’s ebook on Guest Posting. I enjoyed and recommend his work with Problogger and like their style. So was happy to buy Chris’ ebook to review for this month’s Guest Posting initiative.

What Chris’s ebook does is take you through all you need to know, in an easy to read manner, about guest posting. Why it’s such a good idea, what to look out for, how to go about it. Pretty much all you need if you want to explore this great way to get your name out there. And it is a useful, genuine way to build some good links to your own blog and website.

Chris does not faff about, he gives you what you need to know to get on with it – that’s my kind of ebook! And then he gently follows through with more information – not by sending you emails all the time, but just with something useful a couple of days later. What I consider a very British approach to such things 😉 and one that I approve of and enjoy!

If you do buy this book and then want somewhere to guest post, pop me an email to hello@blogmistress.com and we’ll see if we can suggest a good blog for you to guest post upon, if ours is not relevant.

A day on guest blogging, today. Firstly by sharing an initiative from Adam Vincenzini and Emily Cagle, whose post below originally appeared at http://bit.lt/bemyguest

The guest poster gets to expose his / her work to a new audience. The host gives his / her audience something new and fresh to enjoy. It’s what social media and sharing is all about.

So, we thought it would be a good idea to make March the month to encourage some mutual guest blogging via ‘Be My Guest.’

It’s pretty simple. During March 2010, anyone taking part will aim to:

How will it work?

We’d really like to focus on creating some new relationships, so instead of writing and featuring posts for people you already know really well, we’d like to extend it further.

All you have to do is use Twitter to tweet out your blog details and the hashtag #BeMyGuest to let people know you’d like to take part.

“I write a blog about #media called The M3dia Blog
and I’d like to take part in #BeMyGuest http://bit.ly/bemyguest”

“I blog about #food at The Yum! Blog and I’d like to take part in #BeMyGuest http://bit.ly/bemyguest”

This will hopefully see bloggers who are interested in specific subjects connect and do some ‘mutual’ blogging.

You might want to just link up with one other blogger for the month or four…or more! It’s really is up to you.

Have fun and good blogging! 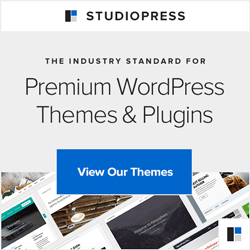